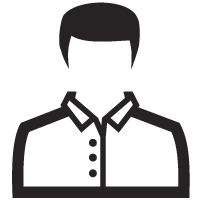 If you are like most people, you might have an idea or two about a new business, but wonder what you can actually do to make the wheels start turning. I began focusing more carefully on business a few years ago, and it was really interesting to see the difference that we were able to make. Within a few short months, we were able to completely overhaul our company, and it really helped to make it more powerful in the long run. I wanted to start this blog to help other people to create incredible businesses that can help the world.

Liftgate Delivery Services: Why Use Them For Your Business Operations?
24 January 2023

Most people and businesses order and transport hea …

High-pressure pumps are an incredibly versatile to …

A Printer Unit That Does More
27 September 2022

Are you starting a new business and trying to mark …

A sewing machine is a complex appliance that is ma …

If you've been trying to decide on what stone to use for a new kitchen countertop, you've likely noticed that marble and quartzite look very similar. They share the same white or gray color along with the inclusion of mineral veins. They're also both natural stones that are quarried from the ground rather than an engineered stone countertop like quartz.

Marble Is Prone to Etching

The biggest downside of marble countertops is that acidic liquids can etch them. Marble is a metamorphic rock that's formed when limestone deep under the earth is crushed by the immense weight of stone above it, raising its temperature and exposing it to extreme pressure. Limestone contains calcite, which is why marble is susceptible to etching.

Quartzite, on the other hand, is formed from sandstone instead of limestone. Sandstone doesn't contain calcite, so it's immune to etching. It's still a good idea to clean up spills immediately to prevent them from staining the surface of the countertop, but acidic liquids won't eat into the surface.

Another downside of marble is that it's a soft stone compared to other countertop options like quartzite. Metal cooking utensils can scratch it easily, creating small gouges in the surface. When you own a marble countertop, you need to be very careful to keep all sharp utensils away from the countertop in order to avoid harming the surface. This is much less of a problem with a quartzite countertop, since quartzite is a harder stone than marble.

However, marble's softness and susceptibility to etching mean that quartzite is typically the best choice for a kitchen countertop, even considering the increased price. It requires less care and attention than marble, and it's less likely to be harmed accidentally. Marble remains an excellent option for bathroom countertops, but the durability of quartzite makes it the preferable option for the kitchen.

If you've been considering marble for your kitchen countertop, consider choosing quartzite instead. You'll have to pay more for your countertop, but there's much less risk that your countertop will be accidentally damaged while you're cooking. To begin, find a quartzite countertop dealer in your area and see what they have to offer—you'll find that quartzite can give you the marble look that you desire while not sharing its disadvantages.